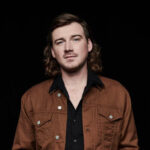 Dangerous: The Double Album is the second studio album by American country music singer Morgan Wallen. The double album was released on January 8, 2021 via Big Loud Records and Republic Records on CD, vinyl, and digital download. The production on the album was handled by Joey Moi, Jacob Durrett, Charlie Handsome, Matt Dragstrem and Dave Cohen.

Dangerous was preceded by the release of two singles: “More Than My Hometown”, and “7 Summers”; and six promotional singles: “Cover Me Up”, “This Bar”, “Somebody’s Problem”, “Still Goin’ Down”, “Heartless” (Wallen Album Mix), and “Livin’ the Dream”. The album also received generally positive reviews from music critics and was a massive commercial success. It debuted at number one on the US Billboard 200 and US Top Country Albums charts, earning 265,000 album-equivalent units in its first week.

Cowboy’s Back In Town