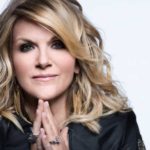 Every Girl is the fourteenth studio album by American country artist Trisha Yearwood. The record was released on August 30, 2019, through Gwendolyn Records. The lead single, “Every Girl in This Town”, was issued in June 2019. The song debuted at number 21 on the Billboard Country Airplay chart, making it Yearwood’s highest chart debut of her career.

Every Girl was produced by Garth Fundis, Yearwood’s production collaborator since the early 1990s. It is Yearwood’s first country music studio album since 2007’s Heaven, Heartache and the Power of Love. The album consists of 14 new songs composed mostly by female songwriters, including Karla Bonoff, Lucie Silvas, and Ashley McBryde. It features several collaborations with artists Yearwood has worked with previously including Kelly Clarkson, Garth Brooks, and Don Henley, plus one with Patty Loveless, whom Yearwood has not recorded with previously. The song “Find a Way” features backing vocals by Lucie Silvas, previously recorded on her 2015 album Letters to Ghosts.

More Albums From This label:
Gwendolyn