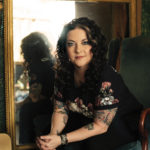 Never Will is the fourth studio album by American country music singer-songwriter Ashley McBryde. It was released on April 3, 2020 via Warner Music Nashville. The album is McBryde’s second major label release and was preceded by the lead single “One Night Standards”. McBryde launched the One Night Standards Tour in support of the album on January 30, 2020.

More Albums From This label:
Warner