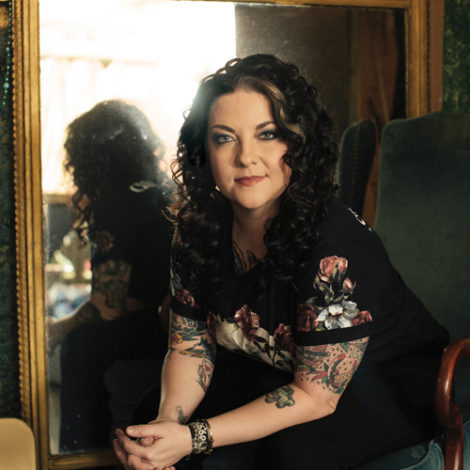 Ashley McBryde (born July 29, 1983) is an American country music singer-songwriter. She released her self-titled debut album independently in January 2006. Her second independent album, Elsebound, was released in June 2011. An extended play titled Jalopies & Expensive Guitars was released through Road Life Records in March 2016. She signed with Warner Music Nashville in 2017 and released her major label debut album, Girl Going Nowhere, the following year. The album earned her a Grammy nomination for Best Country Album during the 61st Annual Grammy Awards. She was named New Artist of the Year during 53rd Annual Country Music Association Awards held on November 13, 2019.

McBryde was born in Waldron, Arkansas. She began playing her father’s guitar as a teenager, and after attending Arkansas State University, she self-released one album. In 2007, she moved to Nashville, Tennessee to become a country music singer, and won the Country Showdown in both 2009 and 2010. She self-released a second album in 2011, and began touring the Southern United States with various artists. An EP titled Jalopies & Expensive Guitars followed in 2016. Singer Eric Church discovered McBryde’s music, and invited her onstage to perform with him at one of his concerts.

Her song “A Little Dive Bar in Dahlonega” was named one of the 54 Best Songs of 2017 by The New York Times, and one of the Top 25 Best Country Songs of 2017 by Rolling Stone. The song was released via Warner Bros. Records Nashville, to which she signed in September 2017. McBryde’s debut album Girl Going Nowhere, produced by Jay Joyce, was released on March 30, 2018. “Radioland” and the title track were released as the album’s second and third singles, respectively, and the latter was also a minor top 40 hit on the Billboard Country Airplay chart in 2019.

“One Night Standards” was released in September 2019, and serves as the lead single from McBryde’s second studio album, Never Will, released on April 3, 2020.