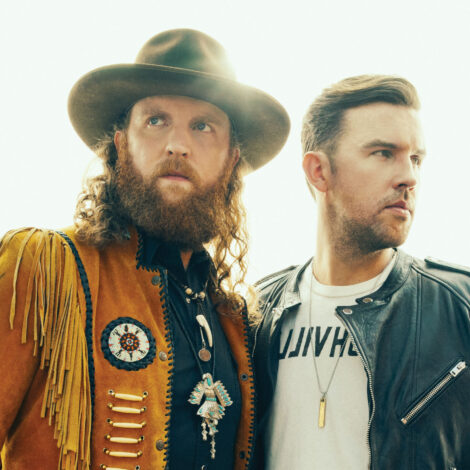 “I’m good for some, but I’m not for everyone,” TJ Osborne sings on Skeletons, Brothers Osborne’s third studio album. That lyric might as well be the group’s mission statement: a proud declaration of uniqueness, delivered by a band of brothers whose boundary-breaking country songs have always mixed the twang of southern music with the groove and guitar-driven swagger of rock & roll. At the same time, it’s hard to look at the Osbornes’ long list of musical milestones — including six Grammy nominations, four CMA Awards, five ACM trophies, and more than a half-dozen hits — and imagine anyone turning up their noses at a sound that’s taken the siblings from the blue-collar beach bars of their Maryland hometown to some of the biggest stages across the world.

Skeletons is a celebration of that sound — a melodic, muscular album that builds upon the hooks of the band’s career-launching debut, Pawn Shop, as well as the forward-thinking adventurousness of their sophomore release, Port Saint Joe. More than anything, it’s a sound rooted in the excitement and electricity of Brothers Osborne’s concerts, packed with songs that could all serve as crowd-rousing encores. Recorded with multi-platinum producer Jay Joyce during a time of global turbulence, Skeletons is a celebratory album for a world in sore need of uplifting music.

From the ZZ Top-worthy strut of “All Night” to the classic country storytelling of “Old Man’s Boots,” the Osbornes aren’t shy about wearing their influences on their sleeves. “Back on the Bottle” pays tribute to Merle Haggard, while the barn-burning “Dead Man’s Curve” nods to southern rockers like Marshall Tucker and the Allman Brothers Band. Even so, they’ve never sounded more self-assuredly original than they do here, confidently rolling a diverse range of inspiration into their own singular sound.

“We’re not afraid to take risks and just be ourselves,” says John Osborne, the band’s versatile guitar hero. “If Pawn Shop was our introduction, and Port Saint Joe was like the first conversation we had with someone over a beer, then Skeletons is the moment where you start getting down to the real stuff and showing who you really are. If you really want to get to know us, this is the record to do it.”

Like frontman TJ Osborne, John cut his teeth as a young musician in Deale, Maryland, where the Osborne family would often host acoustic jam sessions during the weekends. That spirit of camaraderie — of making music with family and friends — left a permanent mark on the two brothers. Years later, Skeletons marks TJ and John’s first time recording an album with their entire road band. The result is a true family affair, filled with inspired performances that shine a light on the chemistry generated by years of nightly shows (including the three sold-out shows featured on the band’s 2019 release, Live at the Ryman), communal bus rides, and backstage hangs. In a town filled with some of the world’s best studio musicians, Brothers Osborne have distinguished themselves once again by turning inward, creating an album that showcases not only the songwriting talents of TJ and John, but also the instrumental slash-and-burn of their band’s full roster.

“We want this record to show people that we’re here to stay,” says TJ. “We are a part of the cloth of this genre. Ultimately, what we love to do most is play live, and Skeletons is setting us up to do that even better.”