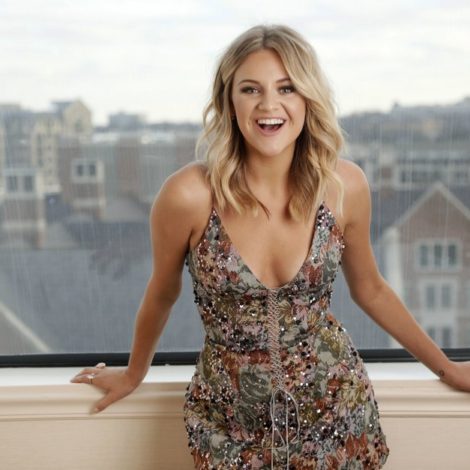 For the past five years — or more accurately, ever since she first exploded onto the country music scene with “Love Me Like You Mean It,” her 2015 chart-topping debut single — Kelsea Ballerini has moved through life at a feverish pace. “I’m programmed to be all about, ‘What’s next? What can I be better at? How can I think outside of the box?” the two-time Grammy-nominated singer says looking back. “I think that’s always how I’ve been. Because I’m super driven. But,” Ballerini concedes, “that can make it hard to be in the moment.”

In fact, only in recent times has one of music’s most vibrant stars found the necessary breathing room to ease off the gas, return home to Tennessee, and take stock of the roller coaster ride that’s been her life this past half-decade. “Now I feel like I’m in the healthiest spot I’ve been in a long time,” says Ballerini, who  just over one year after releasing her debut LP, 2015’s The First Time, with hit single “Peter Pan” became the first female artist in country music history, including female duos and groups, to see her first three consecutive singles from a debut album top the country charts. “I’ve been down with getting to know myself. Just mentally and emotionally,” she offers.

Most importantly, for her creative soul and her ever-growing legion of rabid fans, finding that inner calm has resulted in Ballerini crafting some of the most personal, and admittedly vulnerable, music of her already-monumental career. Since the start of her career, she’s co-written nearly all of her music, but when crafting her next album she doubled down on flexing her songwriting muscle. “My biggest personal goal was to really show myself as a songwriter this time,” offers one of Nashville’s most poignant storytellers.  To hear her tell it, discovering who exactly she is right now as a wildly successful 26-year-old recording artist and songwriter, but also a friend, daughter and, as of last year, a wife to fellow country singer Morgan Evans, has only resulted in Ballerini inserting herself into her music like never before. “Now it’s time to get deeper,” she says.

To that end, the first taste of this new and ever-more reflective Ballerini is “homecoming queen?,” the debut single from the singer’s forthcoming new album which follows 2017’s critically acclaimed Unapologetically that spawned two Number One singles in “Legends” and “Miss Me More.”  “It has my hands all over it,” Ballerini says of the plaintive, heart-wrenching ballad (co-written with Nicolle Galyon and Jimmy Robbins) that topples the façade we so often hide behind. “I’ve never been this vulnerable in a single before or put out a song with a message like this before,” Ballerini insists. While the homecoming queen in the song is indeed a metaphor for so many different things in life, Ballerini sees it as an apt one for a society fixated on projecting a perfect existence.

“I think it relates so well to now in our society — especially young girls but really for everybody,” Ballerini says of her new single. On social media, for example, she admits, “I often feel like I have to put forward my best-filtered, perfect and completely-together, successful self. But that attitude has become a really toxic thing for people. I’ve learned there’s something really awesome about being honest. Because no matter what you’re seeing, everyone is human, and we all go through ups and downs. Being able to be genuinely happy and celebrate when things are good and also be able to cry and have a safe place to go to when they aren’t…that matters.”

Having long been an obsessive music fan herself, and therefore understanding how it feels to connect so deeply with a particular artist, Ballerini felt she’d be doing both her fans – and, in many ways, her younger self – a disservice if she wasn’t the most honest and authentic version of herself. “I can’t make records and talk about ‘Be yourself. Be proud of who you are. Be authentic,’ and then not be that myself,” Ballerini concedes. “So that was the most important thing for me to do.” Still, while she’s digging into her feelings in a major way, as longtime listeners of Ballerini know quite well, she’s long had a soft spot for hook-heavy jams.

“I of course also love the happy free, quirky side of me,” says the singer who in addition to seeing success with Unapologetically last year, took the pop-music world by storm when she featured on the Chainsmokers smash single “This Feeling,” which she performed with the duo this year at Lollapalooza as well as the Victoria’s Secret Fashion Show and CMA Music Festival. “I love a good bop. I always will,” Ballerini adds. “I love performing them. I’ll always write those.” In fact, she says it’s always been a point of pride to look beyond the confines of genre when writing and releasing music. “It’s less about the lines of the genre and more about the song,” she explains. Quite simply, the singer says she’s forever about expanding her own musical horizons and seeing where she might land. “I honestly just want to try different things,” she declares, “and explore my songwriting and my artistry in ways that excite me.”

What is also motivating Ballerini these days? The process of perfecting her already electrifying live show. Having recently wrapped her “Miss Me More” arena tour earlier this year, an outing she calls “the most fulfilling thing I’ve ever gotten to do,” Ballerini says she’s looking ahead to crafting an even more dynamic live show that connects her with her audience in new and thrilling ways. “I’m still always eager to learn,” she says. “It’s cool when you can create this mood and this energy for people to feed off of where you’re having this really magical moment with each other.”

For now, Ballerini is feeling nothing short of grateful for what lies ahead. With striking, decidedly unfiltered new music on the way, and even more important, having discovered a blissful serenity in her life, the superstar is beaming. “Although so much of this new album isn’t out in the world yet, to me it already feels like a victory,” she says. “I’m celebrating it while making it because I’m so present in it all right now. To me, it all feels so true.”