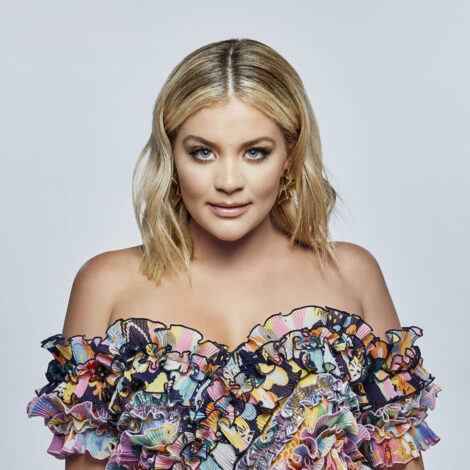 Lauren Alaina is an American singer, songwriter, and actress from Rossville, Georgia. She was the runner-up on the tenth season of American Idol. Her debut studio album, Wildflower, was released on October 11, 2011. Her second album, Road Less Traveled, was released January 27, 2017. Alaina later achieved her first No. 1 on the Country Airplay chart with the album’s title track. Her second No. 1 came later that year when she simultaneously topped five Billboard charts with her friend and former classmate Kane Brown on their duet “What Ifs”. She was on the twenty-eighth season of Dancing with the Stars and placed fourth with her partner Gleb Savchenko. Alaina’s third studio album, Sitting Pretty on Top of the World, was released on September 3, 2021.

Alaina was born on November 8, 1994, to Kristy and J. J. Suddeth of Rossville, Georgia. Her father works as a process technician in Chattanooga, Tennessee.

Alaina started to sing at the age of three. Her first public performances followed with a kids choir and an annual vacation spot that offered karaoke. She sang in church, restaurants, family holiday gatherings and anywhere within a 30-mile radius of where she lived.

At age eight, Alaina entered the talent competition of the Southern Stars Pageant and won. The next year she was selected to perform on the Kids talent stage at Chattanooga’s Riverbend Festival. She performed on that stage annually until age twelve, when she won the competition that allowed her to perform on the festival’s big stage. She traveled to Orlando, Florida, when she was ten to compete in the American Model and Talent Competition. She won the event, beating out 1,500 kids. Alaina sang with the Georgia Country Gospel Music Association’s children’s group. At age twelve, Alaina made her first of many trips to Nashville. She performed at local bars on Broadway, such as Tootsie’s. In 2009, Alaina was the first winner of the WinniSTAR youth talent contest at Lake Winnepesaukah amusement park. In addition to performing, Alaina wrote several songs including “Leaving” and “Set Me Free”.

Alaina was inspired to sing by her cousin, Holly Witherow, who was diagnosed with a brain tumor. Prior to Idol, Alaina worked at CiCi’s Pizza. She attended Lakeview-Fort Oglethorpe High School in Fort Oglethorpe, Georgia, where she was a cheerleader.

Before auditioning for American Idol, she was rejected on America’s Got Talent, twice.