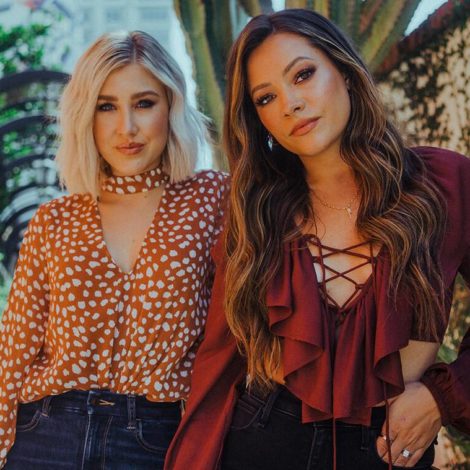 Maddie & Tae are an American female country music duo composed of Maddie Marlow and Tae Dye, both of whom are singers, songwriters, and guitarists. The duo was signed to the revived Dot Records in 2014. Their debut album, Start Here, was released on August 28, 2015, and includes the singles “Girl in a Country Song”, “Fly”, “Shut Up and Fish”, and “Sierra”. Following the closure of Dot, they signed to Mercury Nashville in 2018 and announced the release of a second album in 2020.

In early 2017, Maddie and Tae appeared on Forbes’ 30 Under 30 – Music list at #20. They received two nominations for the 52nd annual Academy of Country Music Awards, including Vocal Duo of the Year. In June 2017, it was announced that Maddie and Tae had signed with UMG Nashville following the closing of Dot Records.

In early 2018, Maddie & Tae signed with Mercury Nashville and released the single “Friends Don’t.” It has since peaked at number 33 on the Billboard Country Airplay charts. In October 2018, the duo released another new song, “Die from a Broken Heart”, and it sold 7,000 in its first week. The song has reached a peak of number 48 on the US Country Chart. The duo is an opening act on Carrie Underwood’s Cry Pretty Tour 360 which began on May 1, 2019. In March 2019, the duo released another promotional single entitled “Tourist In This Town.” Their EP One Heart to Another was released on April 26, 2019.

On November 22, 2019, Maddie married Jonah Font after eight years of dating. On February 21, 2020, Tae married songwriter Josh Kerr after over a year of dating.

In February 2020, the duo announced their second album The Way It Feels would be released on April 10.