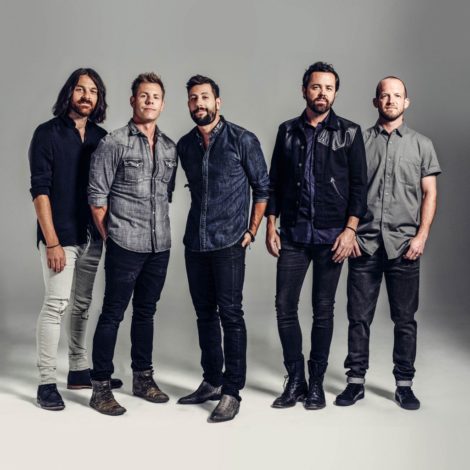 Back when Matthew Ramsey was a teenager, and falling increasingly ever more in love with music, nothing was so exciting to the blossoming singer-songwriter as hanging in a garage with his buddies and jamming out until a fully fleshed song revealed itself.

“That was just such an amazing feeling,” the Old Dominion frontman recalls with childlike wonderment. So infectious was that feeling and practice to Ramsey that he’s carried it with him to the present day: “It’s so incredible be able to sit in your room with your instruments and your bandmates and feel that chemistry and follow it wherever it goes,” the singer says of the tight-knit way he and his globe-dominating band — which includes singer-guitarist-songwriter Ramsey, guitarist-songwriter Brad Tursi, bassist Geoff Sprung, keyboard-guitarist Trevor Rosen, and drummer Whit Sellers — have forever believed that at the heart of their massive success lies their collaborative spirit and, to that end, have crafted each of their acclaimed albums and chart-dominating singles as a truly cohesive unit.

It’s certainly proved a winning method: since breaking onto the country music scene in 2014, Old Dominion — recognized as the Group of the Year at the both the 2018 and 2019 ACM Awards and the reigning CMA Vocal Group of the Year — have notched seven No. 1s at country radio, surpassed one billion on-demand streams, singles “No Such Thing As A Broken Heart” and “Written in the Sand” earning Platinum certifications and “Hotel Key” earning a Gold, from their Gold certified sophomore album Happy Endings, and headlining arenas and amphitheaters across the globe on their super-successful “Happy Endings” and current “Make It Sweet” tours.