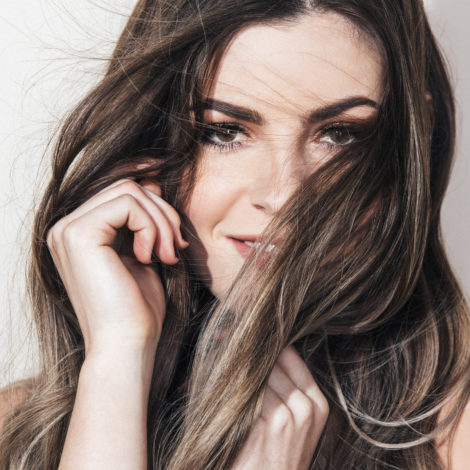 A vocalist and songwriter with one foot in country and the other in pop, Tenille Arts became a breakout artist in her native Canada before her star began to rise in a major way in the United States. Originally from Saskatchewan, Arts was just 13 when she began singing her own songs, and was a seasoned pro at 21 when she dropped her first single. Arts’ clear, evocative voice, atmospheric melodies, and knack for capturing the ups and downs of romantic relationships helped her make an impression with her self-titled 2016 EP (which included the tracks “What’s He Into” and “Wildfire and Whiskey”) and the 2017 album Rebel Child (featuring “Cold Feet”). But the plaintive “Moment of Weakness” helped her find a larger audience in America when the song was featured on a popular reality show, winning her a new record deal.

Tenille Arts was born on April 19, 1994 in Weyburn, Saskatchewan, Canada. Arts grew up listening to country music, and when she was eight years old, a neighbor heard Tenille singing a Shania Twain song in her backyard and told her mother she believed the youngster had talent. Soon Arts was taking lessons in piano and voice, and when she was 13 she started writing her own songs. It wasn’t long before Arts was performing at showcases and talent competitions in Canada, and in 2009, she posted a video online of her performing an acoustic version of Taylor Swift’s “Fifteen.” The clip was seen by a music manager in Nashville, and he made an offer to represent her career. Arts briefly relocated to Nashville, but came home to Canada to finish high school, write more songs, work on her performing skills, and gain some life experience. In 2015, Arts had made a name for herself as a songwriter and was working with other tunesmiths in Nashville, and Noble Vision Music Group in the Music City offered to sign her to a publishing contract. This time, Arts accepted the offer and moved to Nashville as she introduced herself to the most important country music community in America. 2015 saw Arts release a single, “Breathe,” that benefitted Cystic Fibrosis charities, an important cause for her ever since she gave dance lessons to a young girl living with CF. The track became a Top Ten digital Country single in Canada, and in 2016, Arts dropped a six-song, self-titled EP that topped the Canadian digital country charts and broke into the Country Top 100 in the United States.

The Canadian Country Music Association recognized Arts’ growing success with a 2016 nomination for their Discovery Artist Award, while the Saskatchewan Country Music Association presented her with the Emerging Artist Award that same year, along with the Album of the Year prize for her EP. October 2017 saw the release of Arts’ first full-length album, Rebel Child; featuring the successful single “Cold Feet,” the album rose to number two on the digital country sales charts in Canada, and peaked at number 17 in the United States. Arts’ profile in America received a big boost in January 2018, when she appeared on the reality dating series The Bachelor, singing her song “Moment of Weakness.” Suddenly the song gained new life on radio and streaming services, and the following March, Arts signed a recording contract with Reviver Records. Her first single for Reviver, “I Hate This,” dropped in July 2018, and “Mad Crazy Love” followed in September 2018.