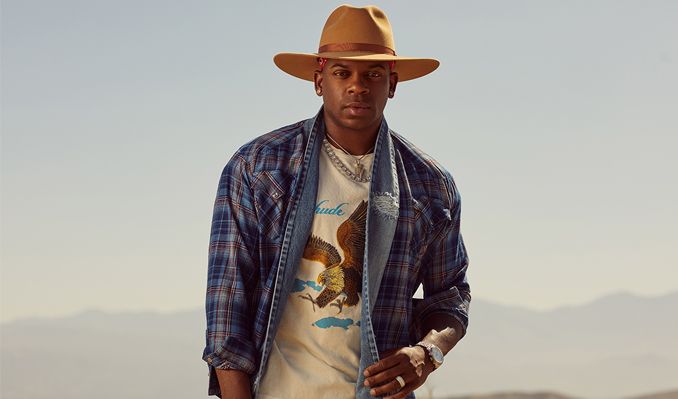 Signed to BBR Music Group’s Stoney Creek Records, multi-platinum recording artist and songwriter Jimmie Allen has been blazing trails since the beginning of his breakout career. He made history as the first Black artist to launch a career with two consecutive No. 1 hits off his 2018 debut album Mercury Lane – the first being his debut single “Best Shot,” which claimed the No. 1 spot on Country radio for three weeks, and second being “Make Me Want To.”

Allen’s debut picture book, My Voice Is a Trumpet – a powerful story about speaking up for what you believe in, at any age – was published on July 13, 2021 with Flamingo Books, an imprint of Penguin Young Readers. Allen also serves as Executive Music Producer for Netflix’s series Titletown High, which premiered globally on August 27. His song “Big In A Small Town” is the theme song for the series, which follows a Georgia town where football rules and winning is paramount, a champion high school team tackles rivalries, romance and real life as they work toward the ultimate goal: a state title. He most recently competed as a contestant on Dancing With The Stars’ landmark 30th season on ABC.