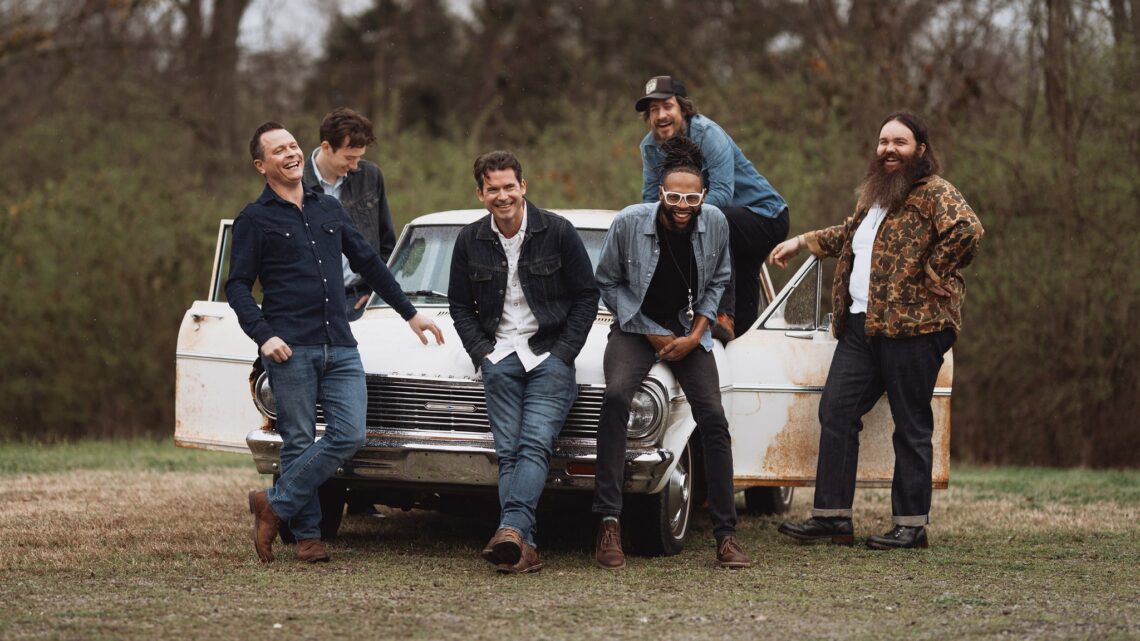 Old Crow Medicine Show got their start busking on street corners in 1998, from New York state and up through Canada, winning audiences along the way with their boundless energy and spirit. They eventually found themselves in Boone, North Carolina where they caught the attention of folk icon Doc Watson while playing in front of a pharmacy. He invited the band to play at his festival, MerleFest, and the rest is history.

It’s been over twenty years since these humble beginnings. The band has gone on to receive the honor of being inducted as members of the Grand Ole Opry, and have won two Grammy Awards: “Best Folk Album” for Remedy (2014) and “Best Long Form Music Video” for Big Easy Express (2013). Additionally, their classic single, “Wagon Wheel”, received the RIAA’s Double-Platinum certification in 2019 for selling over 2,000,000 copies while the band’s debut album O.C.M.S. has been certified Gold (500,000 copies). The band’s latest release is Live At The Ryman (2019) which was released on Columbia via The Orchard. Old Crow Medicine Show’s latest endeavor was the Hartland Hootenanny, a variety show hosted on You Tube that featured music, storytelling, special guests, socially distanced square dancing and more.

As one of North Carolina’s most beloved roots music outfits, Chatham Rabbits has swiftly emerged from the fertile Americana scene in the Triangle. The husband-and-wife duo of Sarah and Austin McCombie favors rustic, minimalist acoustic arrangements—mainly clawhammer-style banjo and guitar that showcase deftness and maturity with their songwriting. The duo has a way of connecting with their audiences that is warm and universal. Chatham Rabbits’ first album All I Want From You (2019) was recorded with the help of Watchhouse’s Andrew Marlin, and their sophomore album, The Yoke is Easy, The Burden is Full, released May 1, 2020. Their song “Oxen” was named one of the “Top Folk Songs of 2020″ by Paste Magazine and the band has been covered by Garden & Gun Magazine, American Songwriter, and No Depression. Their ingenuity during the Covid-19 crisis led to the building of their own venue, The Burrow, and the creation of their mobile concert experience, The Stay at Home Tour which took Chatham Rabbits to 194 neighborhoods in 2020-21. The duo is currently filming a new television show for PBS NC, On the Road with Chatham Rabbits for PBS NC that will premiere in Spring 2022.