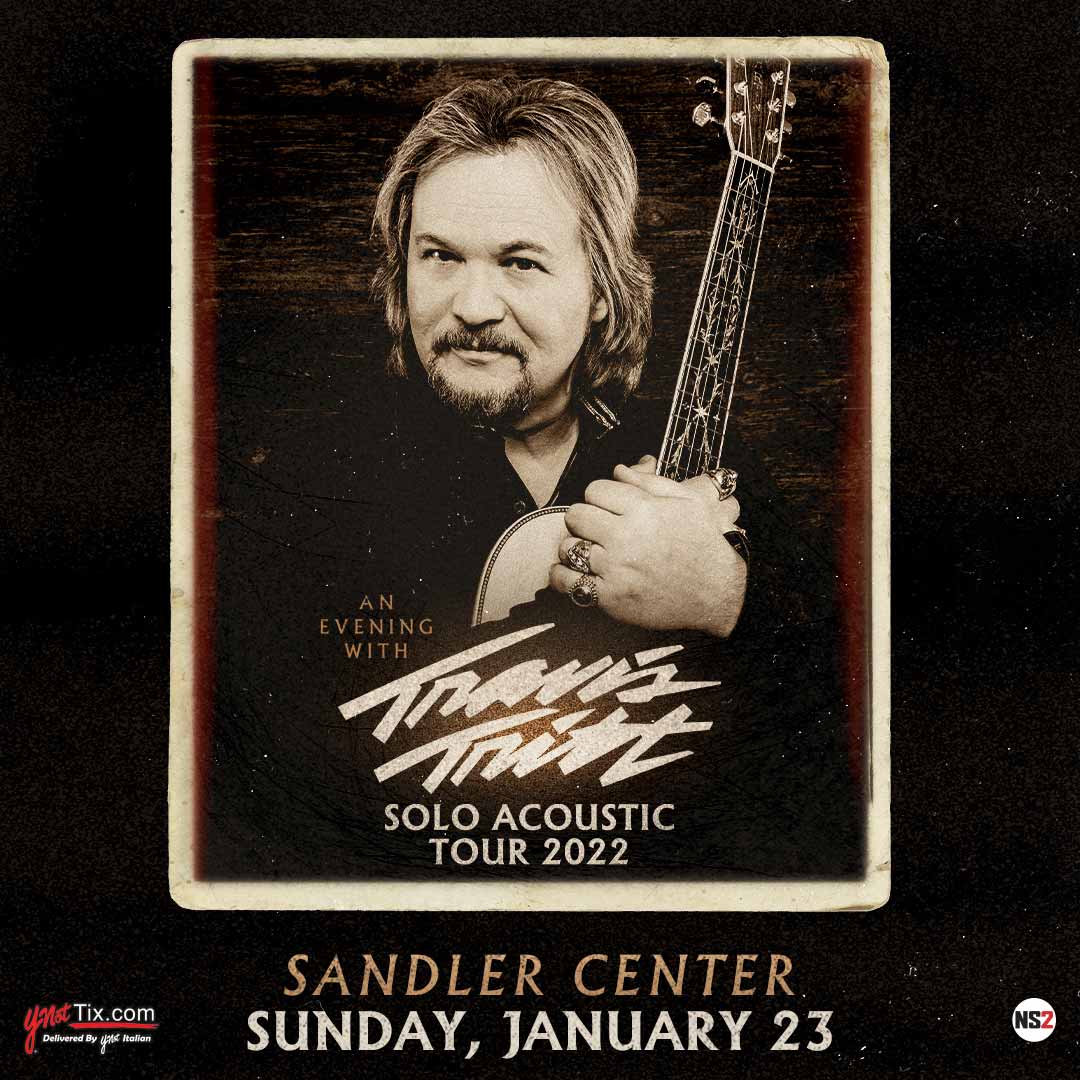 Thirty years after Travis Tritt launched his music career, the Southern rock-influenced artist continues to sell-out shows and stay true and relevant to country music fans across the globe.  Continuously performing shows and withholding a heavy appearance schedule, Tritt is proving to be unstoppable.

The highly abbreviated Tritt timeline started when the young Marietta, Georgia native incorporated his lifelong influences of Southern rock, blues and gospel into his country during a honky-tonk apprenticeship that led him to Warner Bros. in 1989.  Over the course of a decade, Travis released seven studio albums and a greatest hits package for the label. His 1990 debut Country Club and its succession of hits put him in the vanguard of the genre’s early ’90s boom, dubbing him as one of “The Class of ‘89,” which included country music superstars Garth Brooks, Clint Black and Alan Jackson; all whom dominated the charts in the early ‘90s.

“Country Club,” “Help Me Hold On,” “I’m Gonna Be Somebody,” and “Drift Off to Dream” peaked at numbers two and three on the Hot Country Singles & Tracks charts; all which led for Tritt to win Top New Male Artist award from Billboard and the CMA Horizon Award (now known as the Best New Artist Award). Additionally, in 1991, the Recording Industry Association of America (RIAA) marked Tritt’s debut album Country Club as certified platinum, then in 1992, the world-famous Grand Ole Opry extended an invitation for Tritt to become a member.

Two years after his debut, Travis’ sophomore album, It’s All About to Change, was released. Literally speaking, this album changed everything when the album shipped three million copies and all four of its singles reached the top five on the country music charts. Along with his first album, this release became triple-platinum certified by the RIAA.

At the same time, his conspicuous lack of a cowboy hat and musical assertiveness set him apart. The next series of albums, seven of which are certified platinum or higher, scored him more hit singles and led him to amass more than 30 million in career album sales, two Grammys, three CMA Awards and a devoted fan base that has filled venues coast-to-coast.

He’s been a force in sports appearances, having performed at the 1996 Olympics, two Super Bowls, a World Series Game, the opening of the Georgia Dome, the final Braves game at Atlanta-Fulton Country Stadium and, in 2013, the NCAA men’s basketball championship.

In 2012, Tritt formed his own label, Post Oak Recordings and shortly after released his album, The Calm After... In 2016, Tritt released a new project, a special live 2-disc CD and DVD, titled A Man and His Guitar – Live From The Franklin Theatre. The release shot and recorded at the historic Franklin Theatre in Franklin, Tenn., spotlights Tritt’s distinctively soulful voice and his exceptional guitar prowess in an intimate theater setting.

In late 2014 and throughout 2015, Tritt’s compilation album, Very Best of Travis Tritt, that was originally released in 2007, saw a sales resurgence as it topped the SoundScan Top 200 Catalog Country Albums chart for over 60 consecutive weeks with 15 weeks spent at No. 1 and 35+ weeks notched in a Top 5 position, while earning RIAA certified gold status by selling over 500,000 copies. The 20-track album features some of Tritt’s biggest hits, including “It’s A Great Day To Be Alive,” “Here’s A Quarter,” and “Anymore.”