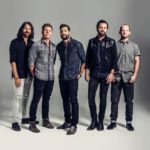 The band announced the album’s release in July 2019. At the time, the album had produced two singles: “Make It Sweet” and “One Man Band”, the latter of which the band debuted on Good Morning America following the release announcement. The band promoted the album throughout 2019 on the Make It Sweet Tour.