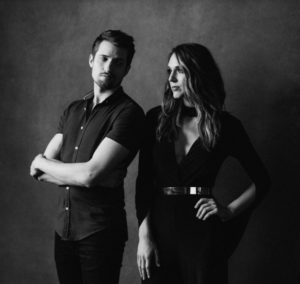 SmithField was founded in 2011 with a dream as big as their home state of Texas. Comprised of vocalists Trey and Jennifer, SmithField took the stage by storm with their memorable music and stunning harmonies. Having grown up together, their on-stage chemistry is undeniably genuine and natural.

Country duos are a unique breed in the music industry. Two voices have to blend perfectly together, and that combination is often hard to find, even in two great singers. Against all odds, the duo has continued to persevere with their music and develop their sound, and found that with a lot hard work and passion that anything can be accomplished. After only one year in Nashville, SmithField had already landed opening gigs for established artists including Eric Paslay, Scotty McCreery, Jana Kramer, Dustin Lynch, Brothers Osborne and Craig Campbell.

They stopped by the US1061 studios for a little mini jam session. Check it out: